Not posted any photography on the blog for a good while now, but as we slowly get invited back into offices / studios and things pick-up after Covid I thought I’d show some of the stuff we shot over the last six months. We did the TV press and publicity photography for the BBC production, ‘Kelvin’s Big framing Adventure’ back in August. Photography up on the BBC iPlayer. (Image: BBC/Jon Parker Lee)
The former ‘Emmerdale’ actor certainly looked the part as a farmer, but will he cut it in real life?

A big part of the BBC’s new year schedule, the show launched in January and has had decent figures for a new series. I can only judge it on my kids’ reaction – they liked it and didn’t wander off midway through…which is the norm with pretty much most TV shows. The premise of the show is: “He played a farmer, but can he do it for real? Soap star and Strictly winner Kelvin and his family escape to the country to bring a farm back to life, but these rookies face a rocky road.” 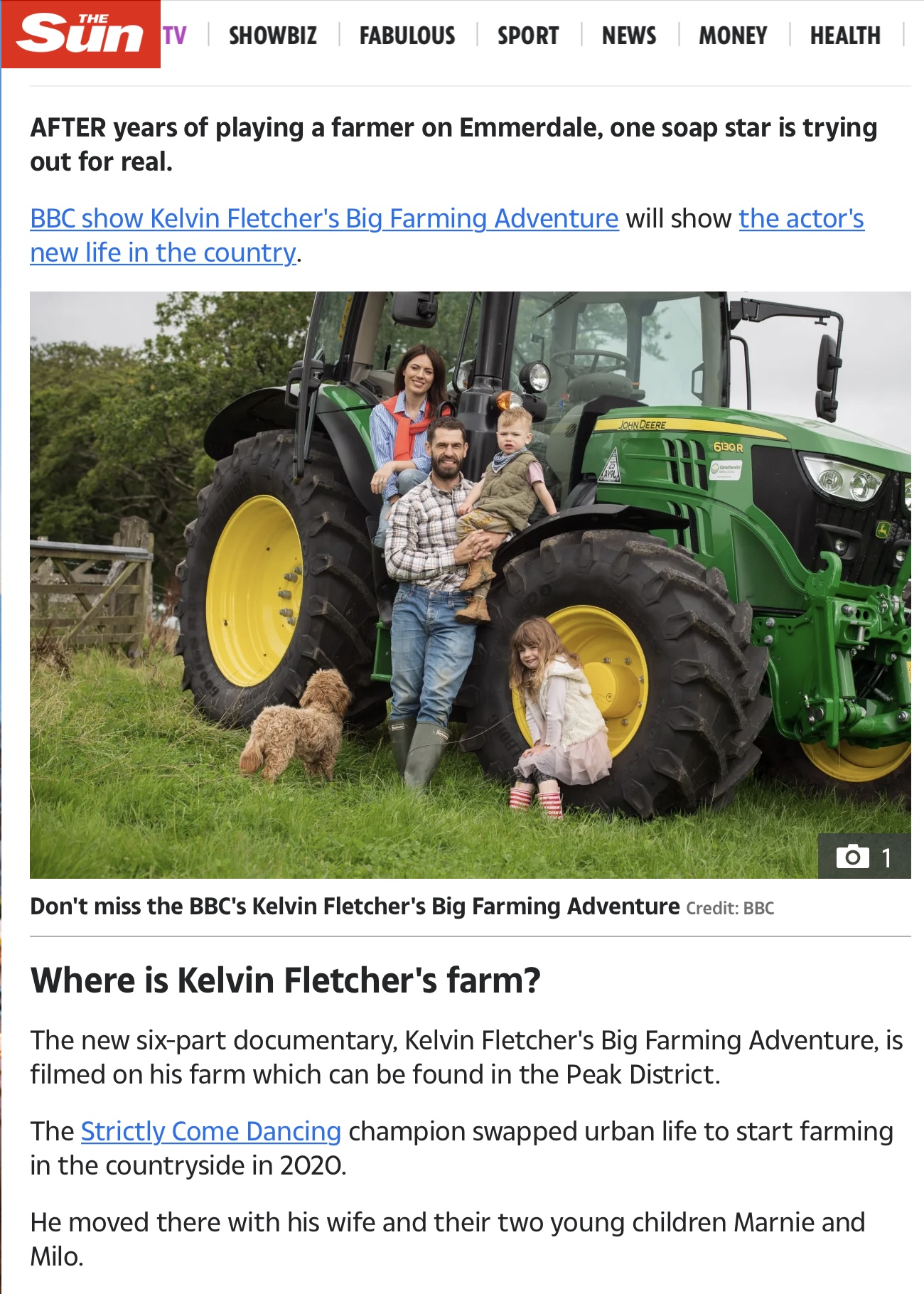 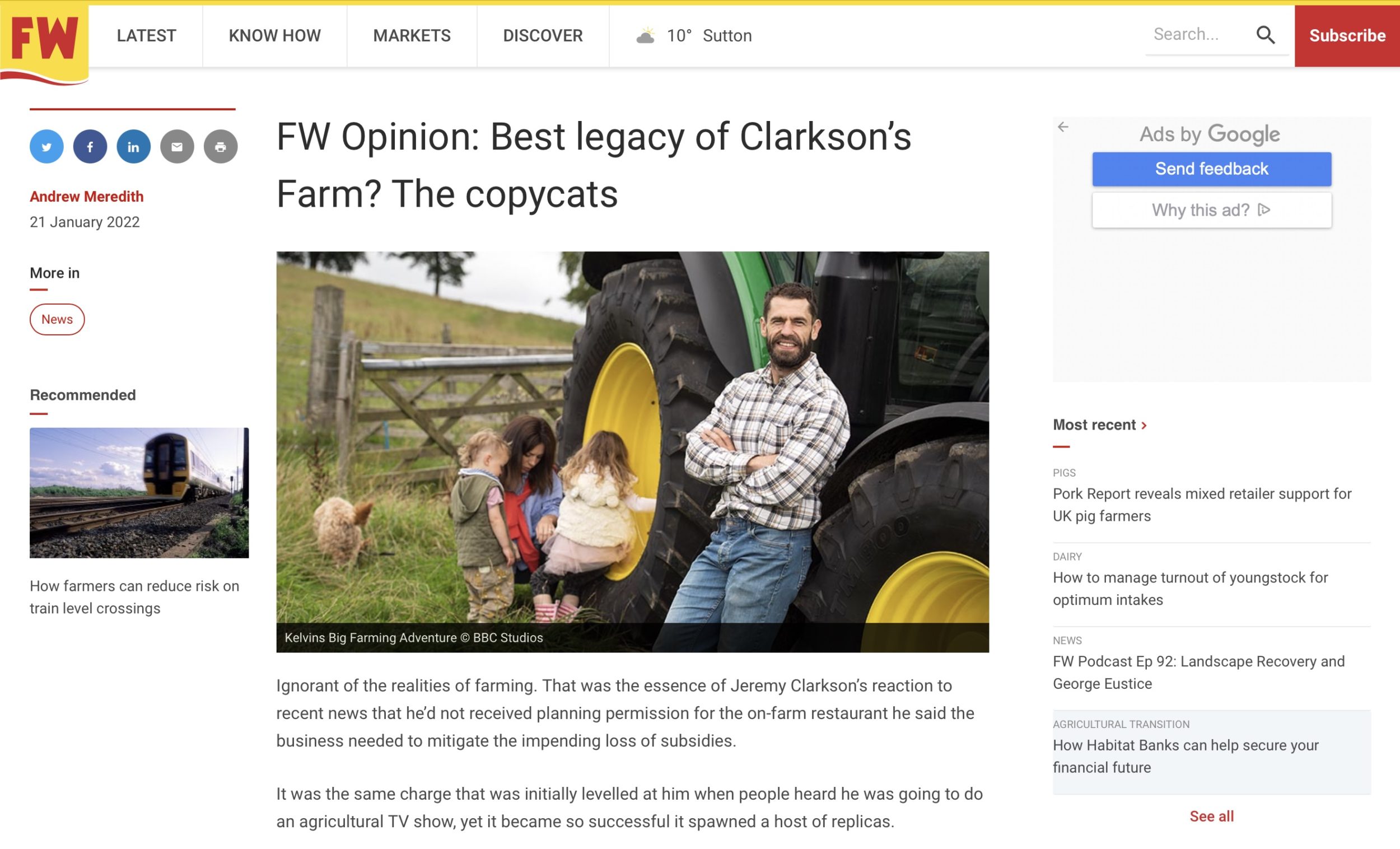 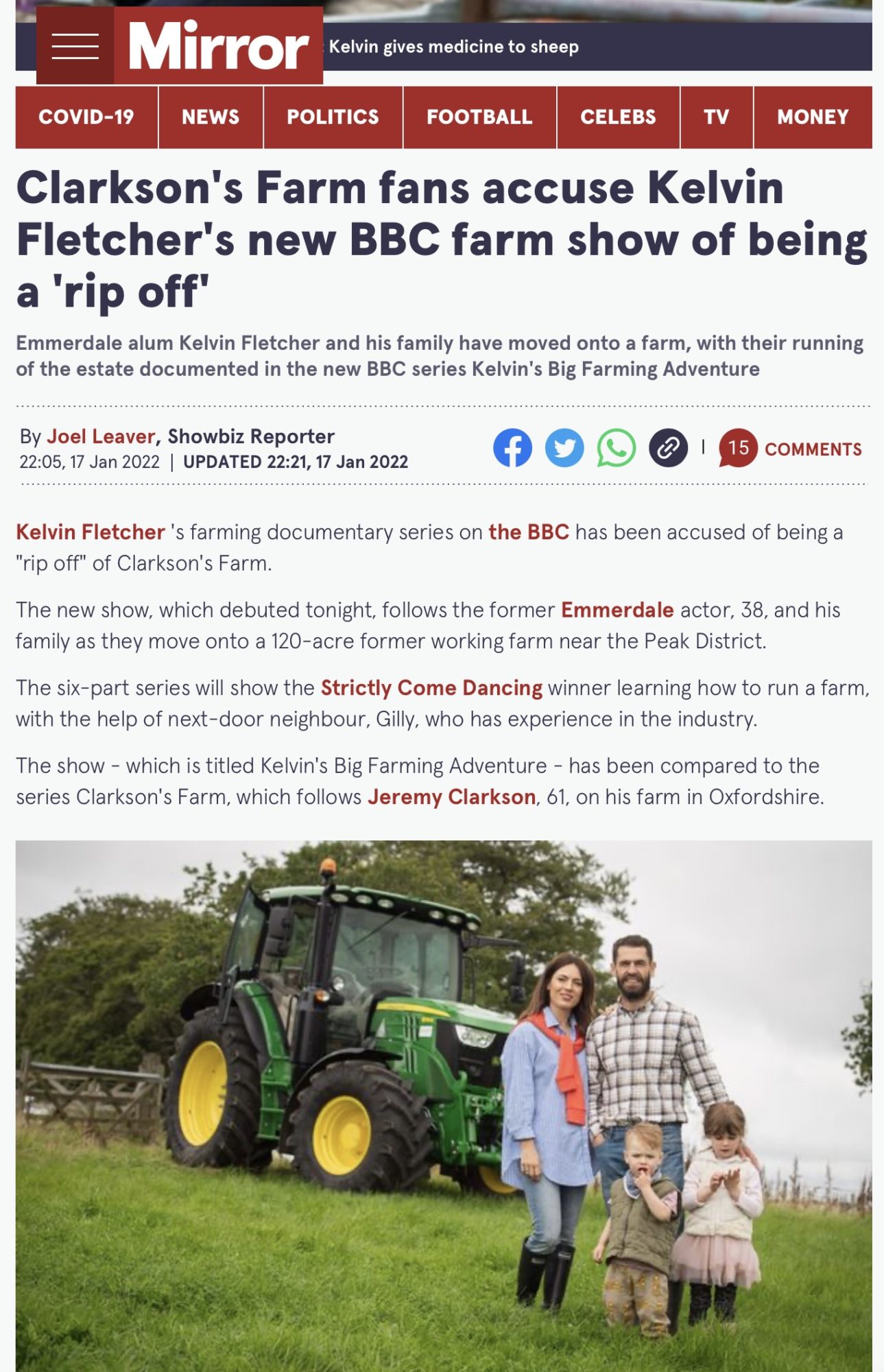 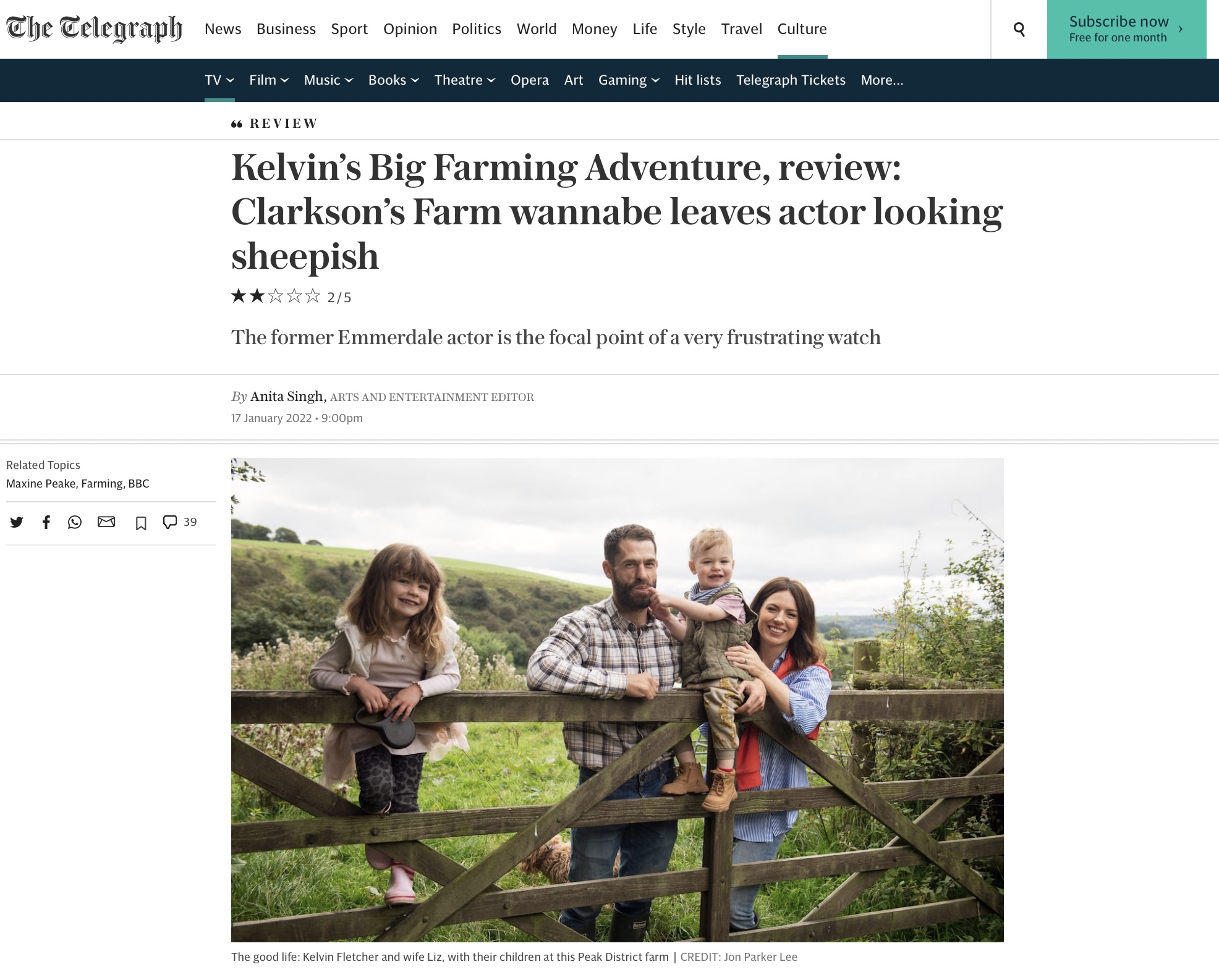 As ever with TV stills, you shoot the job and then see nothing of it for months before the photos are suddenly everywhere. Just before the show launched there was a blizzard of publicity for the former ‘Strictly Come Dancing’ winner and his family. Made by BBC Studios out of the MediaCityUK complex it was a nice change to be in a lovely big field and not doing production stills in studios in Salford. Shot absolutely loads of different takes so that the studio had plenty of photography to offer round for the PR campaign.

I did two visits to the Peak District farm. It was obvious I wasn’t going to get a great deal of good photography from the first visit as the film crew were on the last day of shooting, and all was a bit fraught whilst they got pick-ups. You’ve gotta be flexible on TV locations and so I arranged to return once the crew had wrapped. Well worth doing as we got a lovely set of relaxed photographs on a nice, bright day when there was no other pressure for the family. Lovely bunch to work with, and fun to see them setting out on the challenge…he genuinely doesn’t have a clue by the way…it’s not a conceit!

It’s always nice to work on TV shows, if not easy being squeezed into little gaps as to when you might get a few frames between takes. We’ve worked on all kinds of shows over the last 20 years, from Dragons Den to Blue Peter.

As I say, the show has had really string publicity across all the main media, including:

The Times, The Daily Telegraph, The Sun, The Mirror, The Metro, Hello Magazine and even in Farmers Weekly…first time we’ve had photographs in there, I think?!?

The programme overview is here: