We photographed David Beckham, as he spoke about his charity work ahead of the 2021 Soccer Aid event at Etihad Stadium. Footballer David Beckham OBE became a UNICEF Goodwill Ambassador in 2005.  He previously supported UNICEF’s work for children while playing at Manchester Football Club. 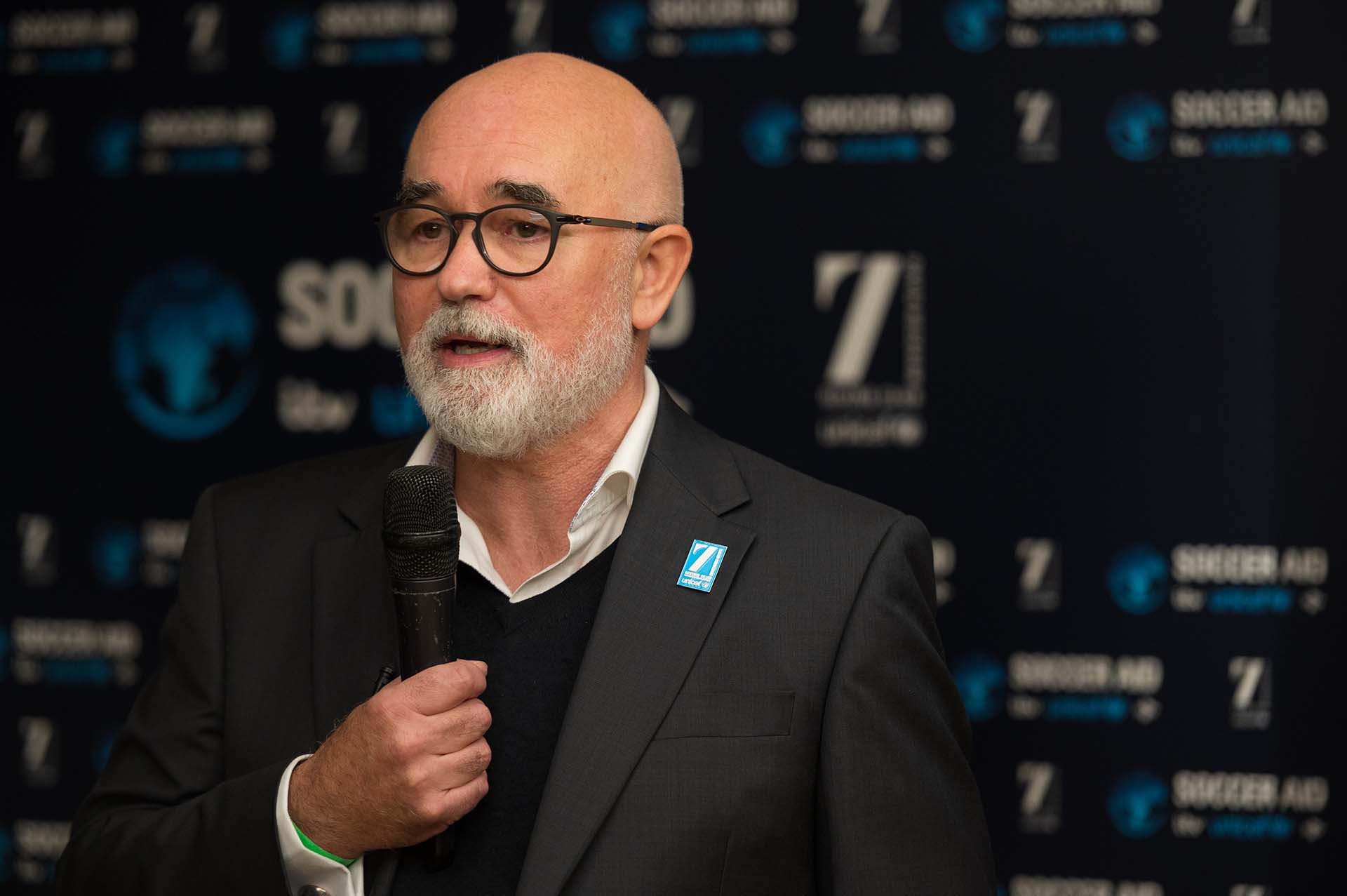 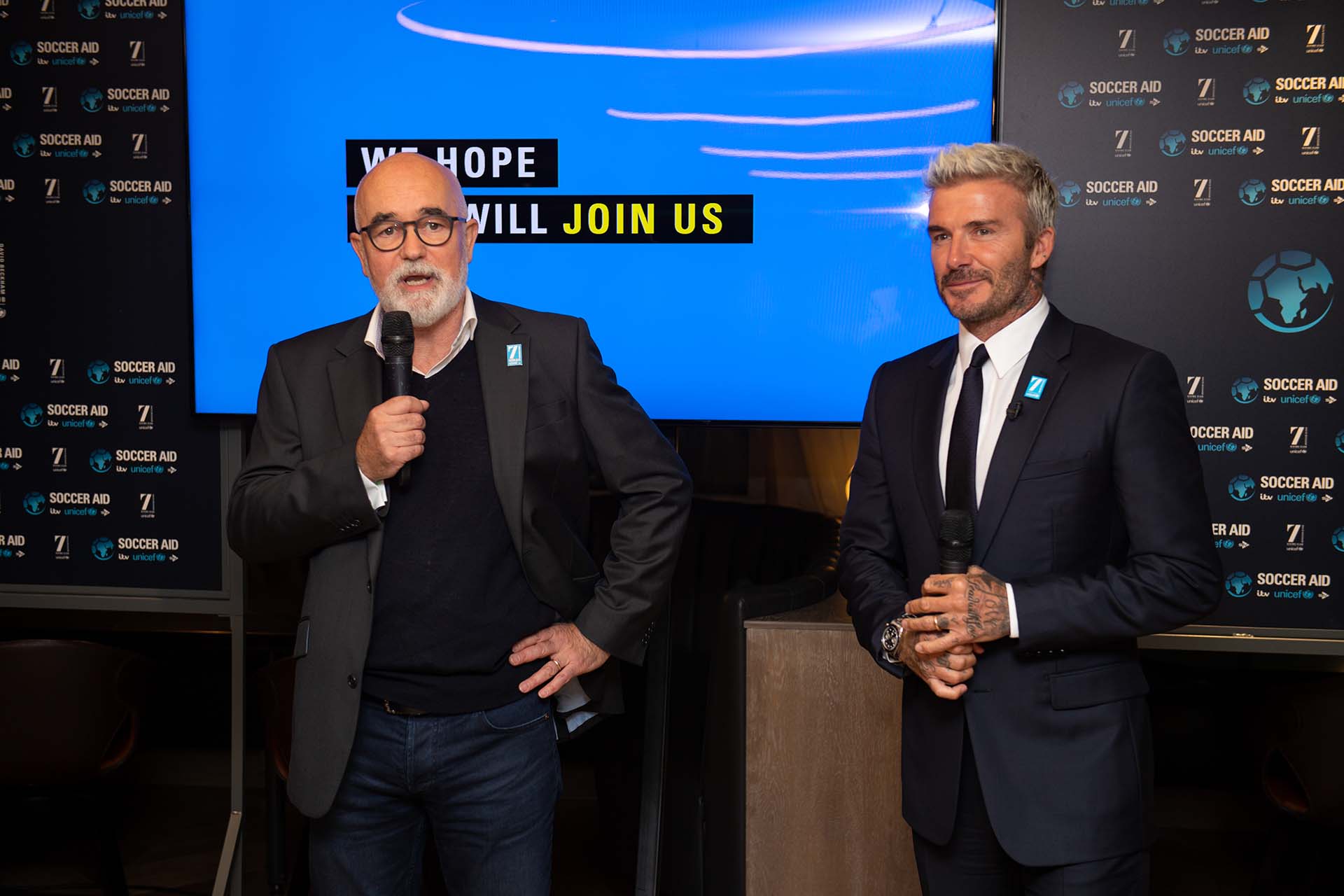 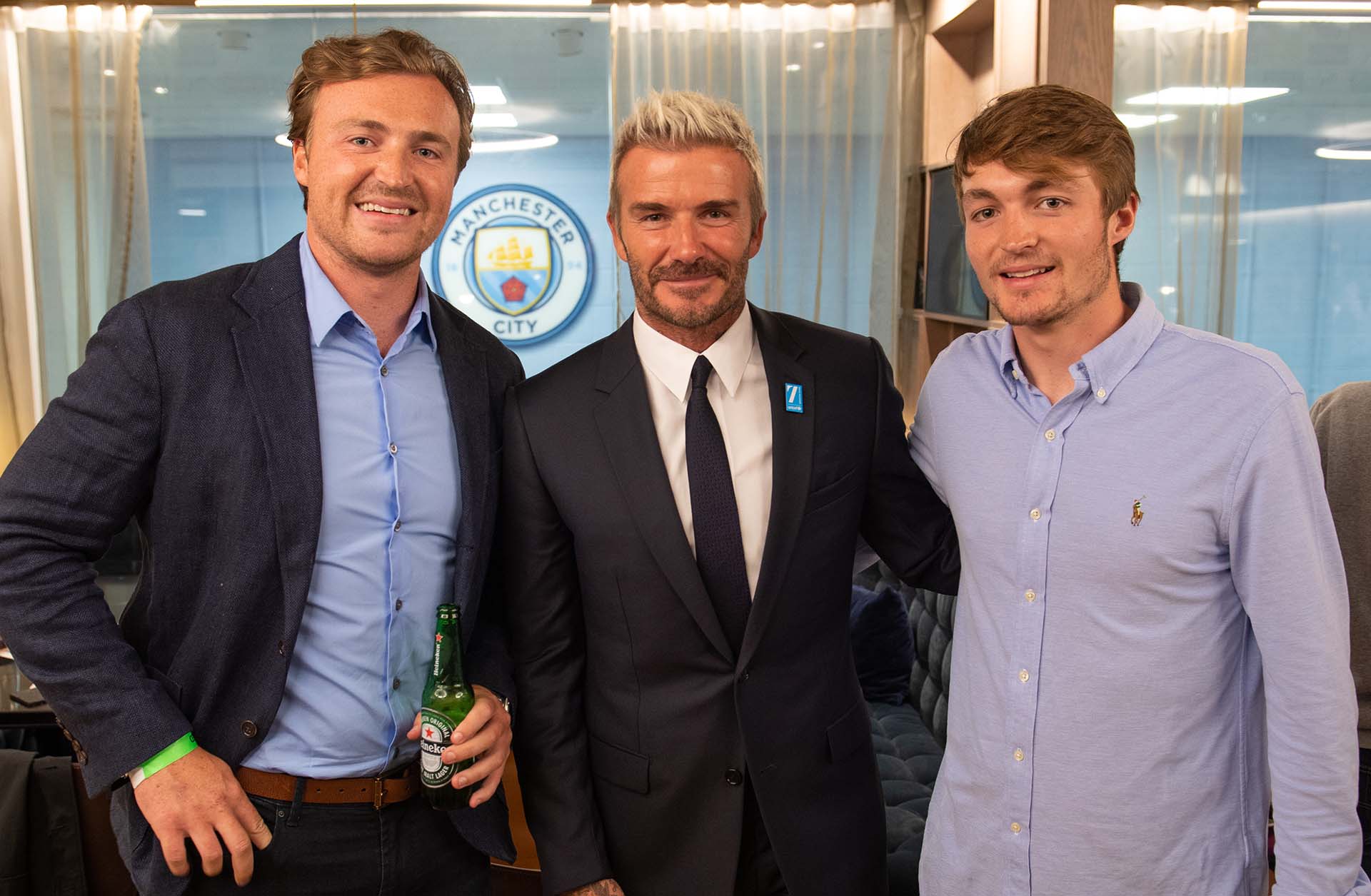 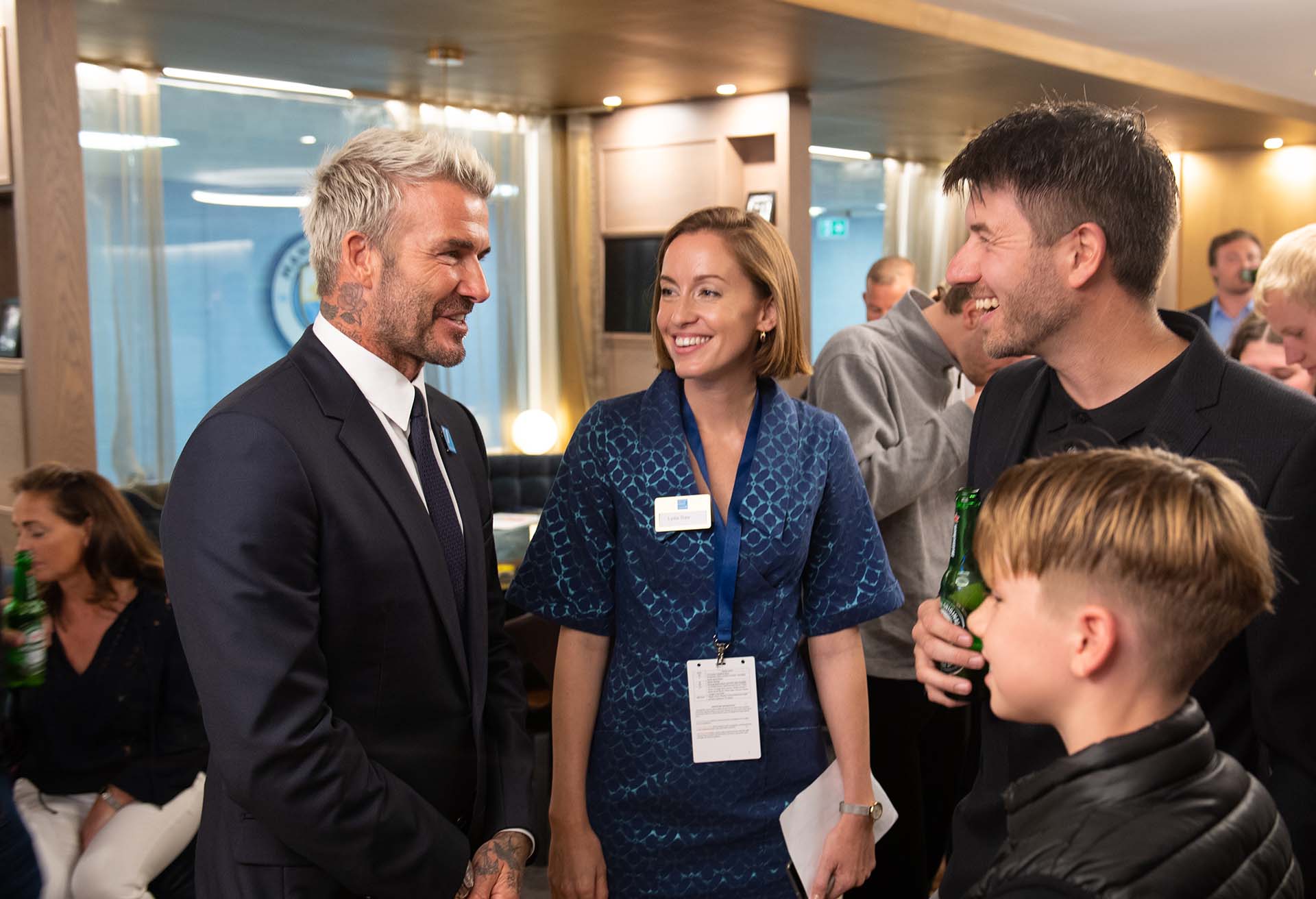 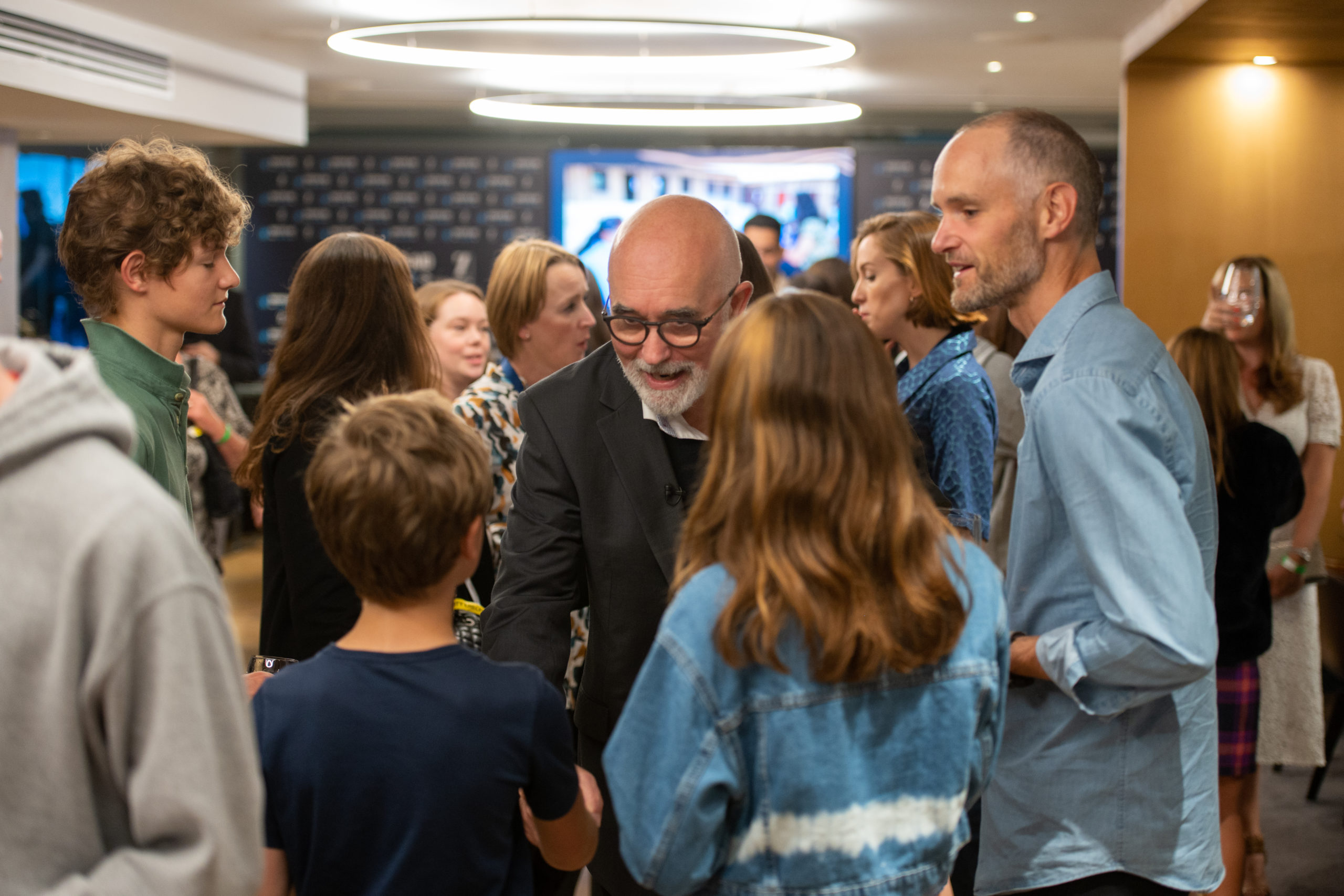 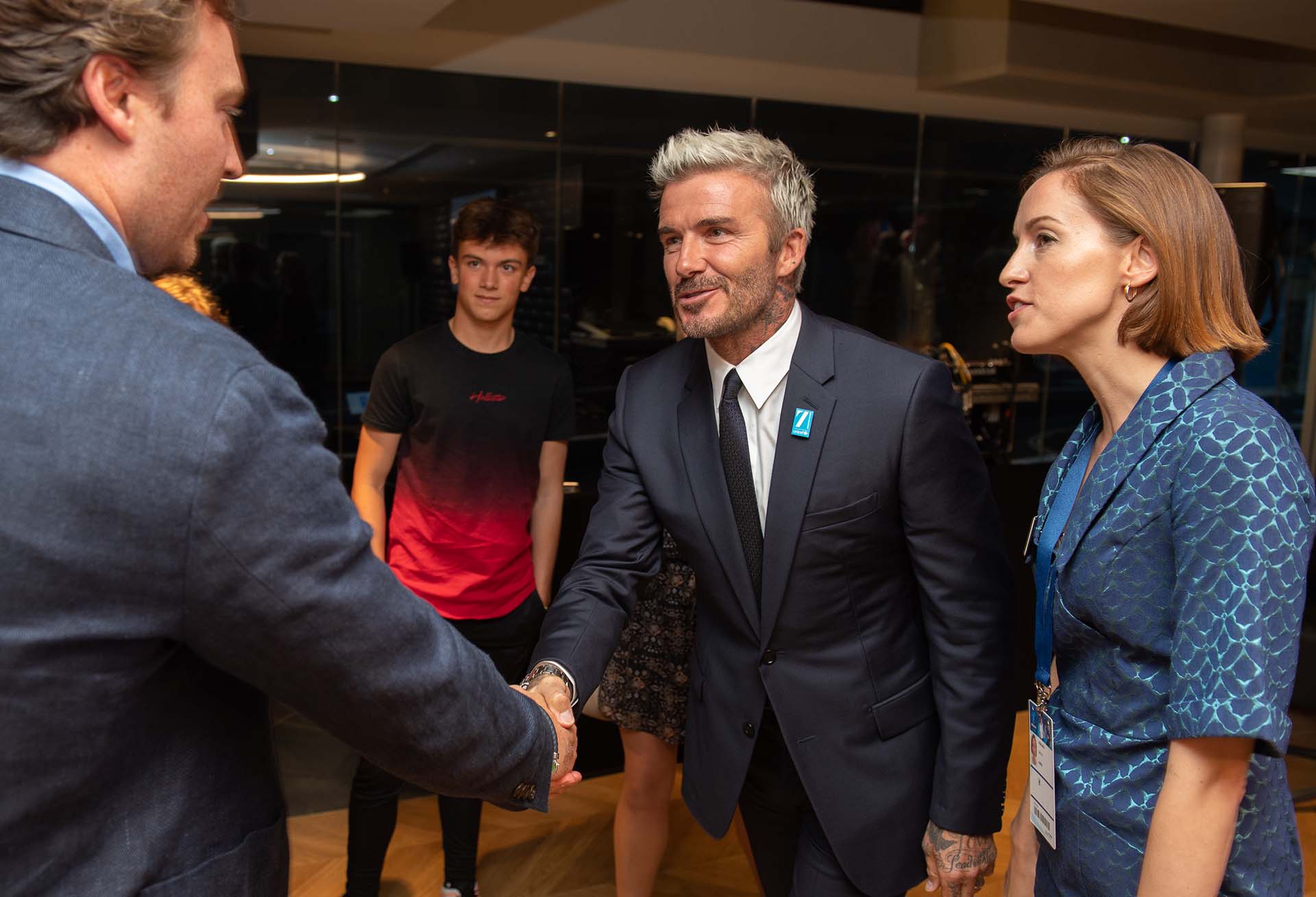 This year, David Beckham has a key role at SoccerAid for UNICEF 2021 and was in attendance to present the trophy to the winning team.

The 7 Fund Giving Club hosted an informal reception. They  thanked existing members for their support and attracted new members with a chance to meet David in person.  There, they showcased the work of the Fund and its impact for children. 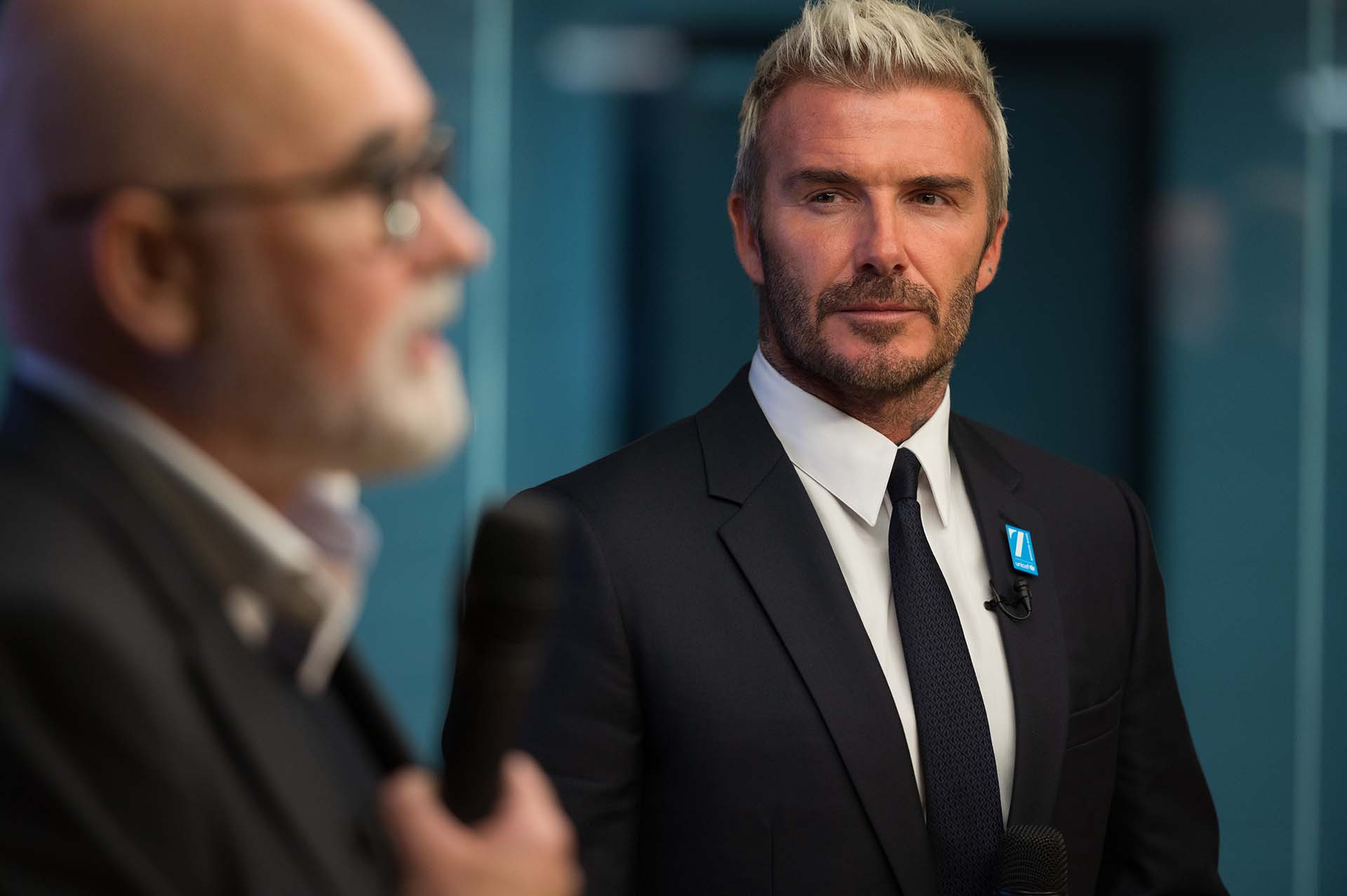 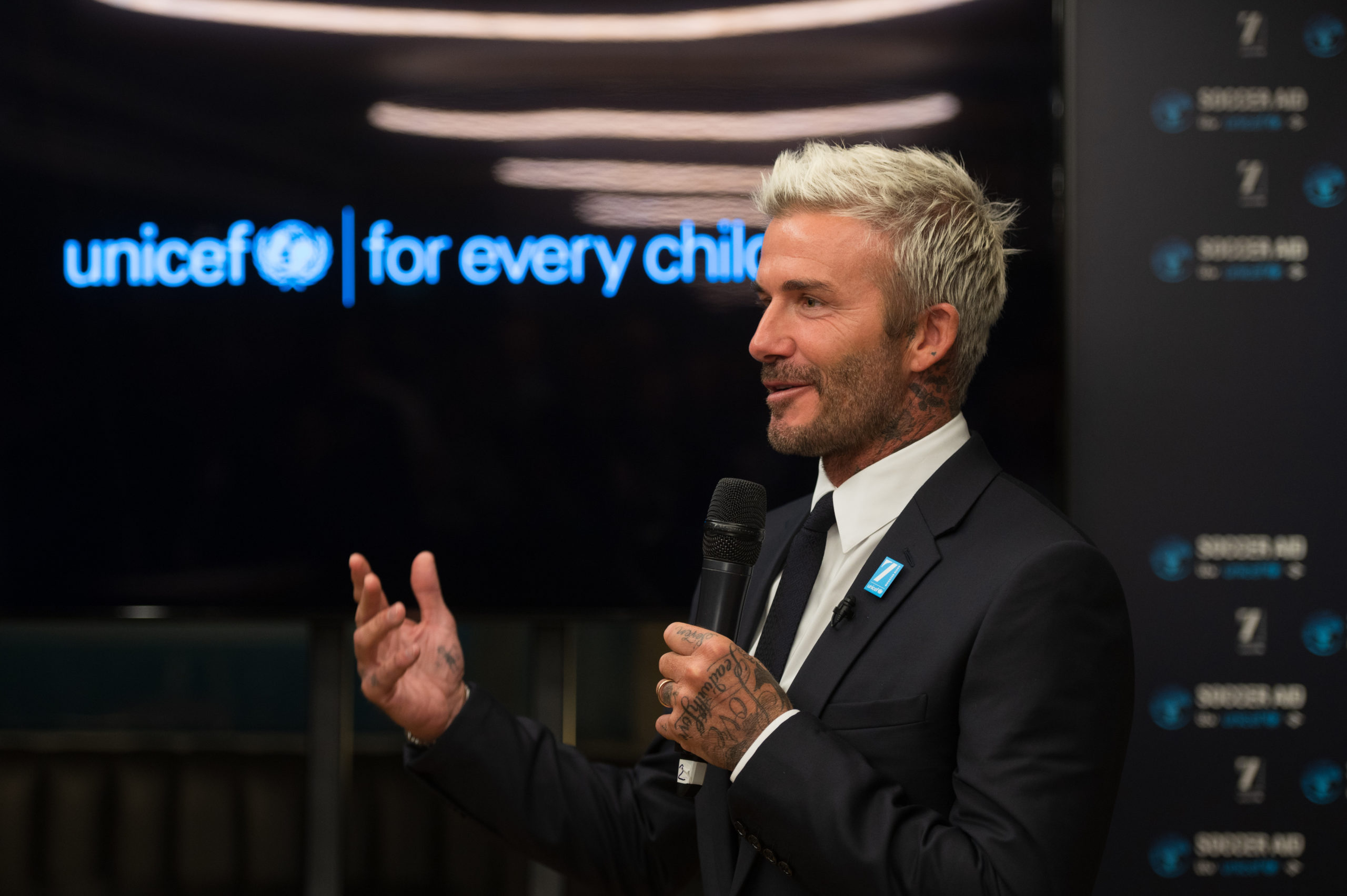 Soccer Aid for UNICEF is the world’s biggest celebrity-charity football match.  They are raising money to give kids the best start in life. Once a year, England take on their opponents, the Soccer Aid World XI FC. The match is supported by passionate fans in an iconic stadium and broadcast live on ITV and STV.  The event harnesses the power of football to help make sure that children can grow up happy, healthy and able to play.

This year, they celebrated the 10th Soccer Aid for UNICEF at Manchester City’s Etihad Stadium.