Fashion Footwear Photography at Hotter Shoes.  We’ve just been photographing a PR / social media campaign to support Hotter Shoes’ new advertising campaign. Hotter’s staff chose their favourite shoes for summer and were photographed against a set of vibrant colours to match the ad campaign. A really nice job and a great gang to work on this photography booking with. 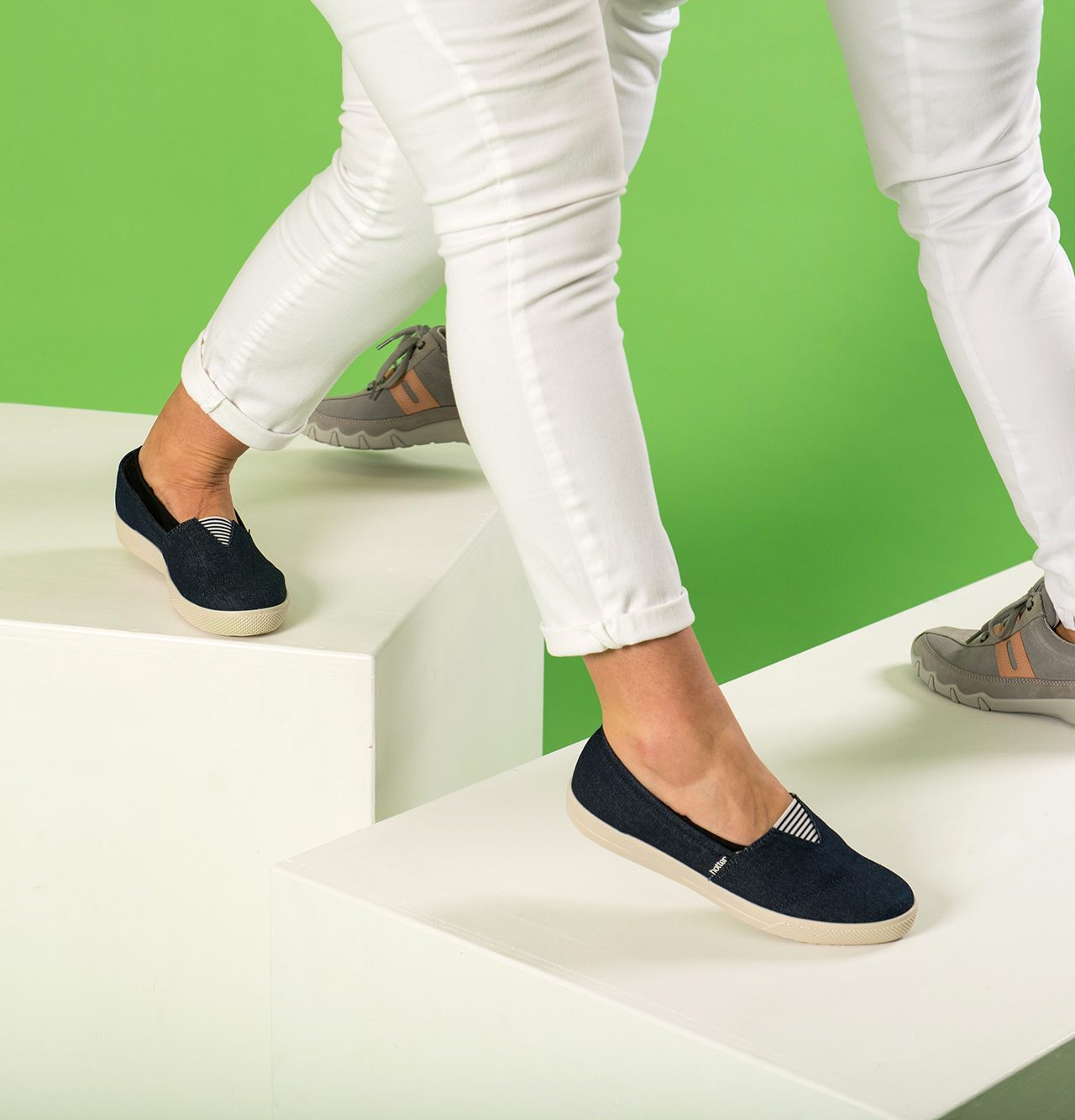 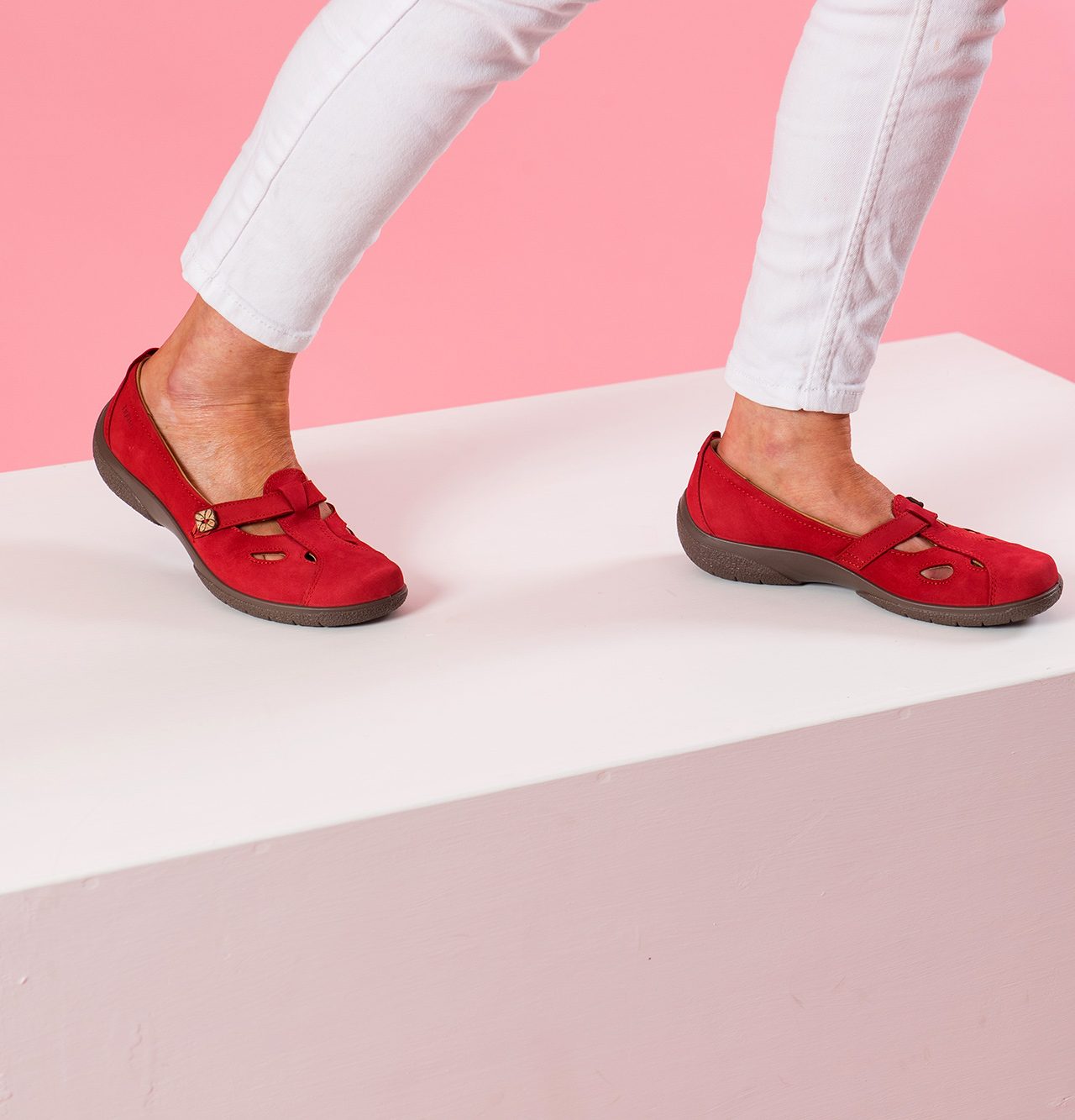 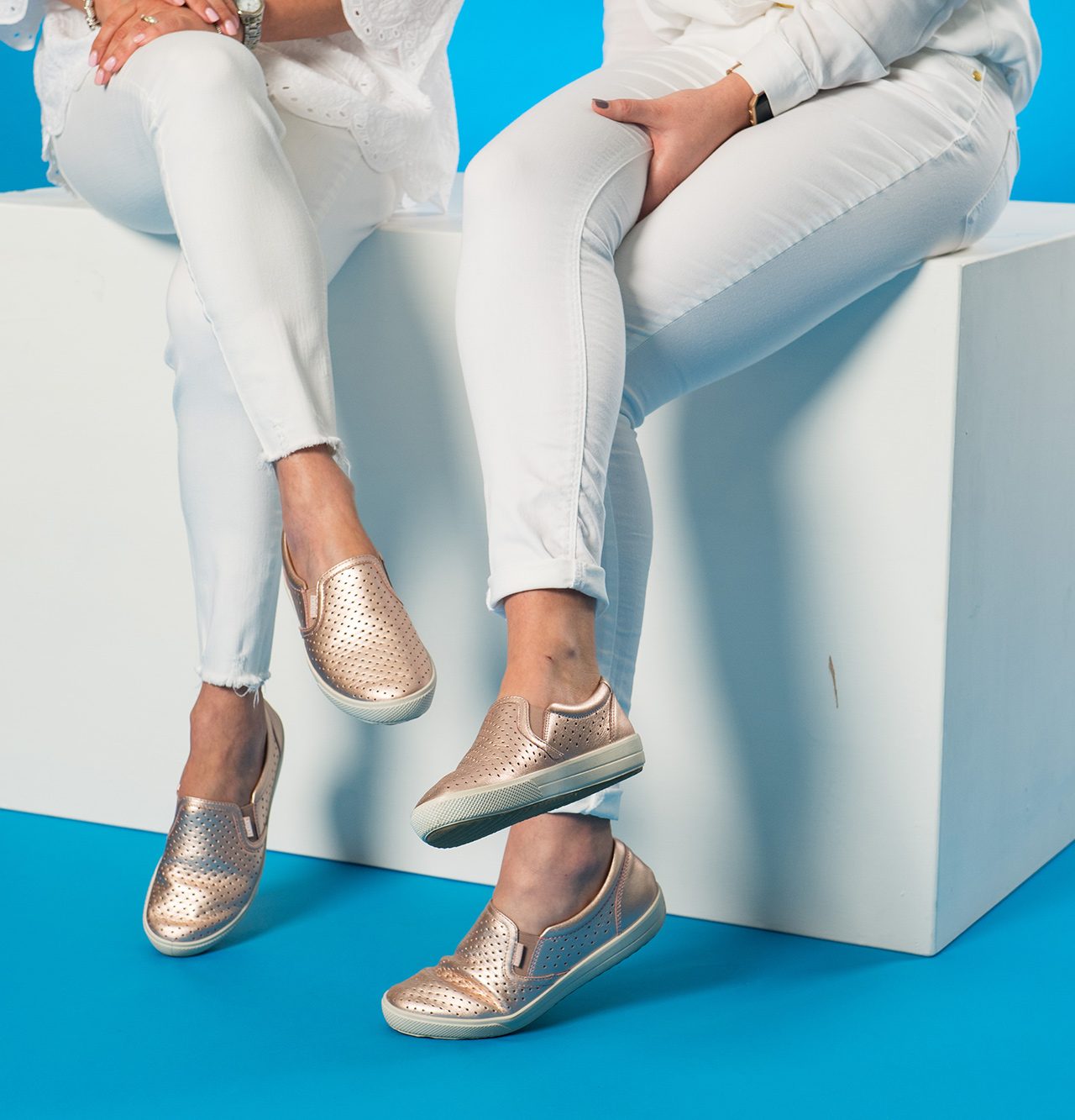 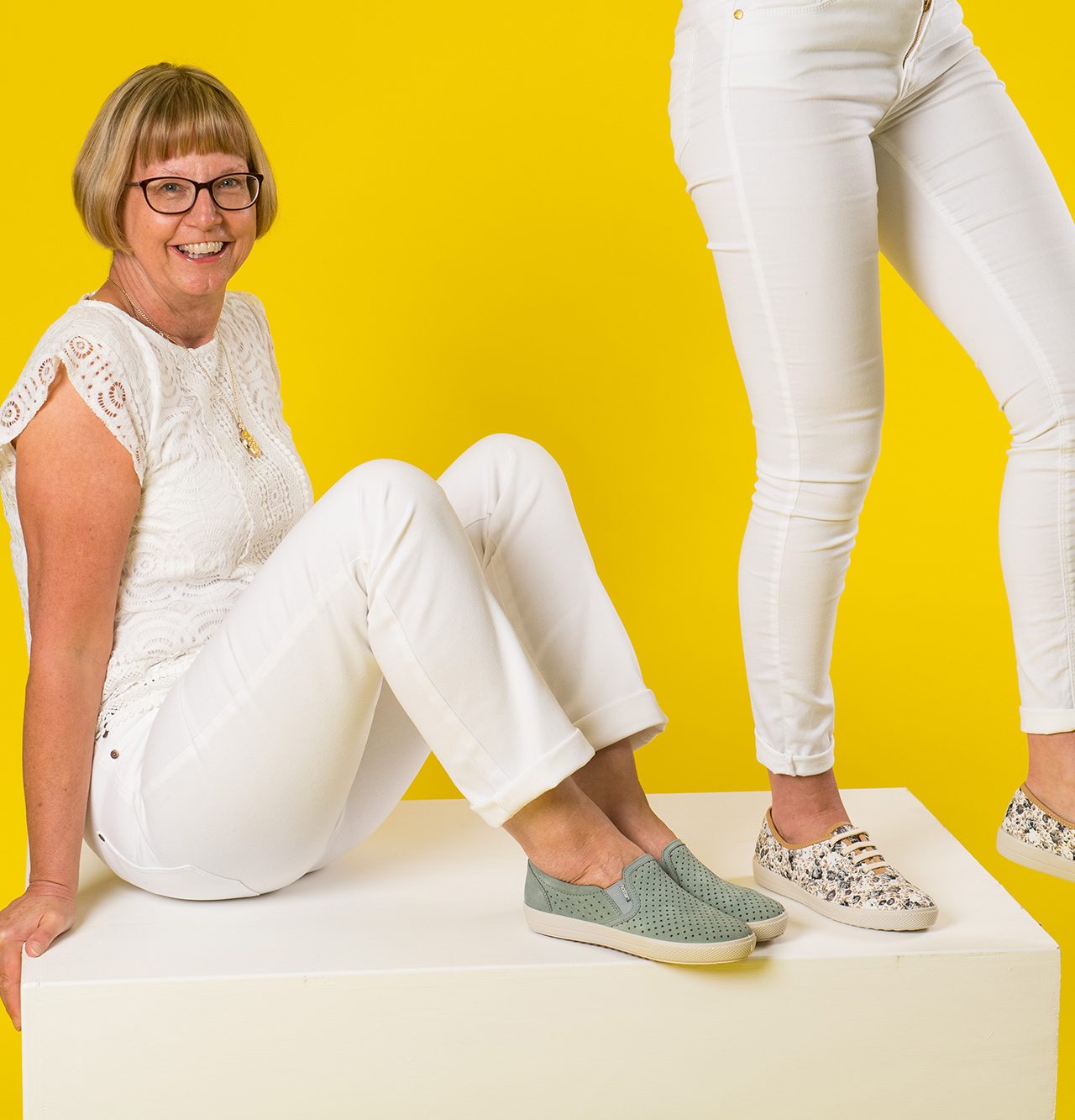 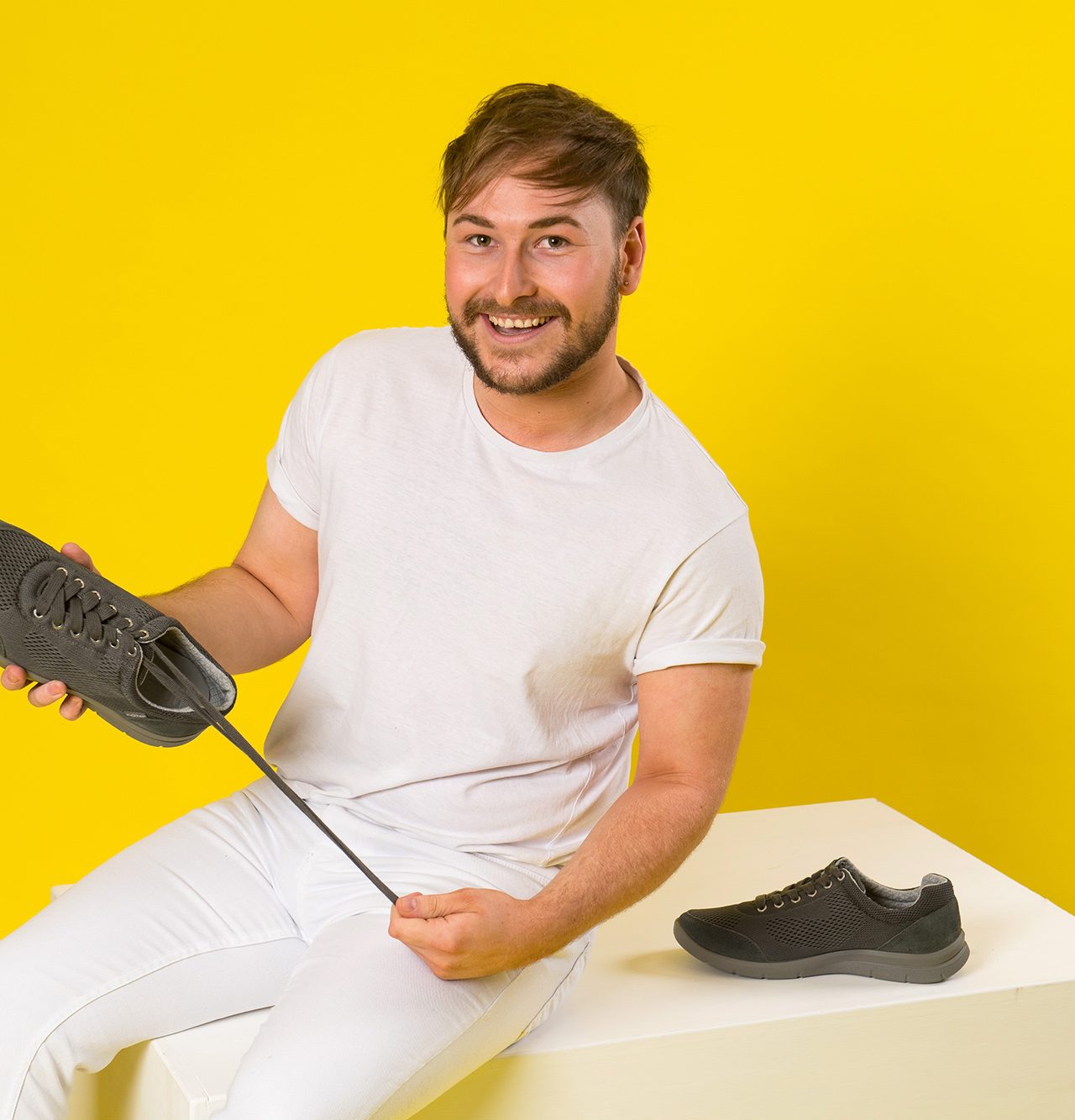 We’ve been the first choice commercial PR photographers for this great fashion footwear brand for nearly 10 years and have covered a lot of wonderful subjects – right from the first job, a commercial photography shoot with the MD at the HQ in Skelmersdale, near Liverpool, as pictured here. Hotter Shoes was set up in 1959 in Lancashire and they’ve been designing and making footwear ever since – with over 80 stores worldwide.  They diversified from their roots – slipper production – in the early 1990s, when they identified a niche in the market for stylish shoes with comfort built in. Since then product innovation, world class production facilities and continual reinvestment in our business has seen our shoe collections expand beyond all recognition and our circle of Hotter friends grow by hundreds of thousands each year.

Beaconsfield Footwear, which trades as Hotter Shoes, has won the top prize at Insider’s Made in the UK Awards. The business beat off competition from luminaries in the sphere, including Rolls-Royce and Jaguar Land Rover, to be crowned Manufacturer of the Year.

The awards brought together the winners of Insider’s regional Made in… Awards across nine separate categories and honoured the cream of the UK’s manufacturing industry. The event took place last night at St George’s Hall in Liverpool and was compèred by broadcaster Colin Murray, with keynote speeches from Bob Gilbert, chairman of the High Value Manufacturing Catapult, alongside Chris Brown, director of Marketing Liverpool.

Carried out a bit of construction site photography as work on the huge Didsbury Technology Park in Manchester has started.

Bruntwood, Siemens, PJ Livesey and Manchester City Council have formed a strategic partnership to bring the project forward, with the development earmarked for nine acres of the Siemens Campus at West Didsbury.

Started to see the fruits of our TV Stills shoot with the CBBC Blue Peter presenters appearing across the web in 2017. We shot a whole array of images of Barney, Lindsey and Radzi for the long-running BBC series in 2016, covering everything from their seasonal activities through to Red Nose Day and Children in Need.

Did some nice shots for All Bar One as they opened up a new outlet at Manchester’s Trafford Centre a few weeks back.

A busy old day capturing everything from the general bar look and feel, to its details and a young model promoting their new cocktails. All part of the PR mix and really pleased that the owners, Mitchell and Butlers were made up with the shots and have booked me in again. I meet a lot of look-alikes doing as many PR jobs as I do. Most are passable, some are down right stealing a living…and some are just knock out. I didn’t even get chance to natter to this young Marilyn look like…but she looked great and she was fun to shoot. Doddle. One of many jobs I’ve covered with the Bishop of Manchester, Revd David Walker. We took a set of portraits of the Bishop in and around Manchester for their new website.

Went to see Jessica Ennis-Hill, current Olympic and world heptathlon champion, as she did some promotional photography for insurance giant, Vitality in Sheffield. Couldn’t have been easier, despite all the different commitments they have on days like this. Nothing too much trouble and made it fun.

Have covered quite a few corporate photography jobs in Liverpool of late. These shots were for Maersk, the world’s largest shipping line…whose UK headquarters are based in Liverpool. Not many CEO’s get PR and how it can work for them, but Fred’s always game to try a story and gives a good shot…doubtless that’s helped him develop the north west’s largest privately owned business.